Five years ago I started working as a train manager at the Dutch Railways. I fell in love with the beauty of my new surroundings immediately. Because of my job, I was given access to the unmanned cabin at the rear end of the train that is off limits to visitors. My colleagues call this cabin: “The most beautiful office in the Netherlands’; the view is phenomenal. The sightlines, the tracks in perspective, the structures and textures all have a great magnetic effect. After a while I began to photograph from this rear end cabin. The photos provide an unpolished image of the view through the window of the cabin. The (disappearing) railway landscape mixes with the dirt, dead insects and raindrops on the window. The endlessness of the track existence
Working on the track gives me the feeling of a raw romance. The endlessness of the track existence and the rawness are particularly well reflected in the long series of photos. A small number of self-portraits represent the loneliness and gives it a human scale compared to the panoramic, universal landscape. The different series range from 2 to 136 photos. The series are not displayed in chronological order but purely arranged to form. The individual photographs within the series are arranged according to their chronology.

The title Station to Station to Station indicates that what is photographed is positioned between stations, a parallel world that is invisible at first. I imagine the train as a spaceship that moves through this invisible world. At the stations the spaceship opens its doors, passengers step in, the doors close and when they get out they are in another time and in another place.

The repetition of the word station in the title is a cadence, a rhythm you physically experience also in trains. It’s the rhythm of time and space. Each traveller who travels from A to B will recognize this universal phenomenon. The unique position that I have as an artist and train manager, is used in a photo series that transforms the phenomenon mentioned above in a travel report: a journey that never ends. Thereby Station to Station to Station can also be interpreted as an intermediate station.

The design of this book is based on the rhythm of rail travel. A rhythm in intervals allowing a long series of photos to be interspersed with only a few pictures: like a train that slowly starts, accelerates and comes to a standstill. Consequently: browsing this 328-page book has the attention span that is a metaphor for travelling. The Swiss binding method releases the infrastructure of the book. 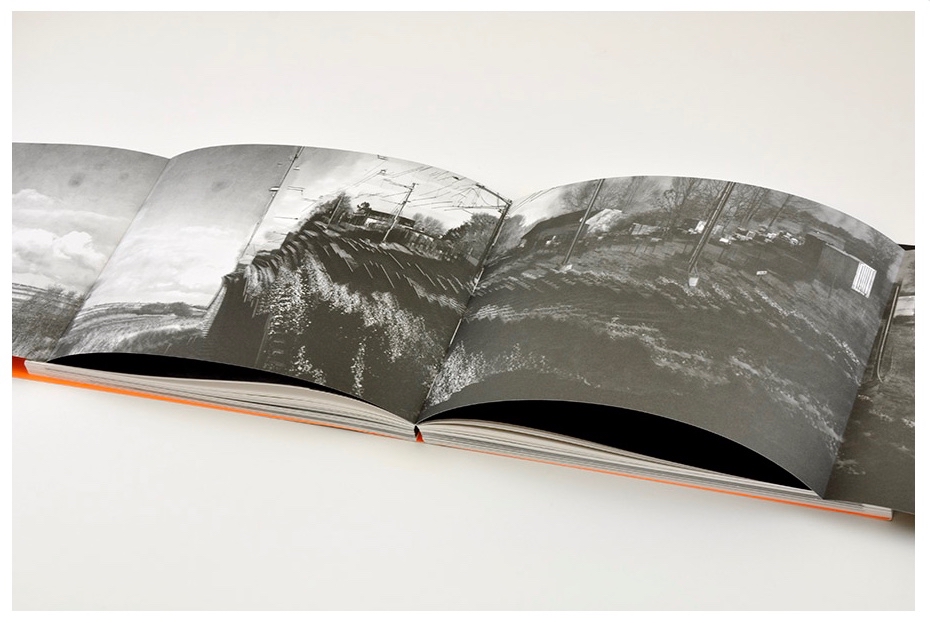 One of the characteristics of Station to Station to Station is that all the photos were taken with a smartphone. Now these digitally made images are manifested in an analogously manner. Thus, this work of art is a hybrid wherein the shape (the book) gives weight to the content (smartphone pictures). It gets an extra layer of meaning because it is a meeting between the digital and analogue: an old medium that incorporates a new one.

The book enters a much more intimate relationship with the viewer through its shape than a display screen could ever do. Moreover it loosens itself from the huge, impersonal digital world. So this book, which reads like a railroad movie, becomes an invitation for a personal trip. 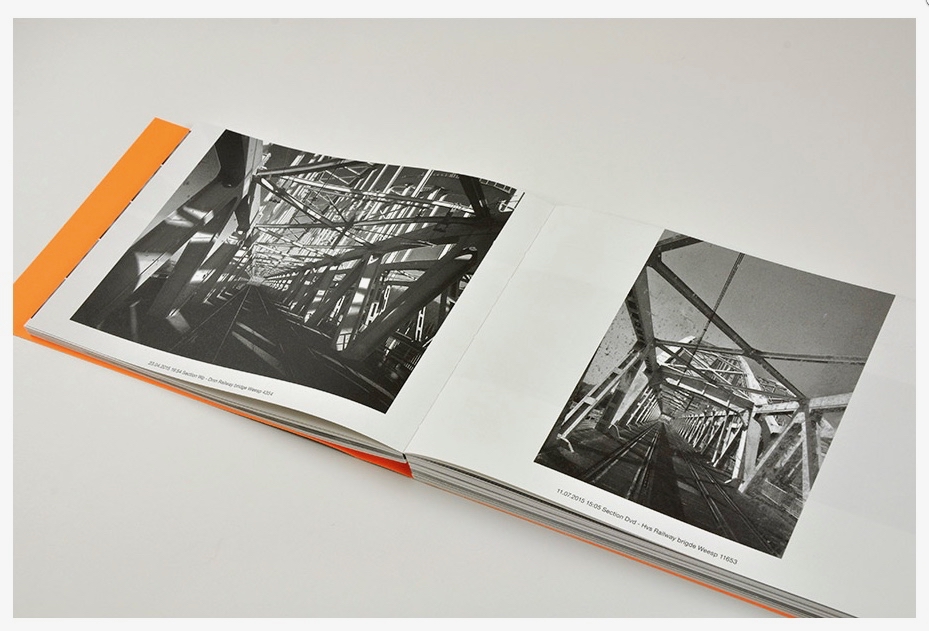