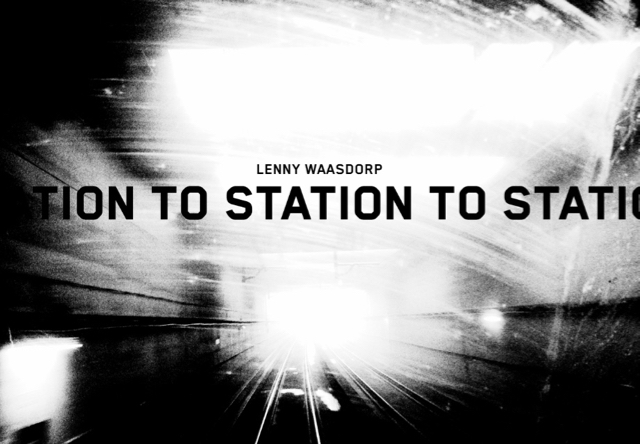 From 2012 Lenny Waasdorp, visual artist and railway guard at the Dutch Railway, photographed the Netherlands from the train with a cell phone. Unusual in this is the position from which she photographed – from the very rear end of the train, giving the viewer a breathtaking view of the Dutch Railway and infrastructure. This method yielded thousands of pictures, of which a large selection finds its way to “Station to station to station,” in which the rhythm of rail travel is captured in the many photographs, sometimes dozens per page, sometimes a single picture. Like a train that speeds, stops and continues traveling.
The pictures testify the endless, loneliness and rawness of (working on) the railway. A book for anyone with an affinity for the railway, photography, the Dutch landscape, travel, trains and the romance around it. A book as a railroad movie.