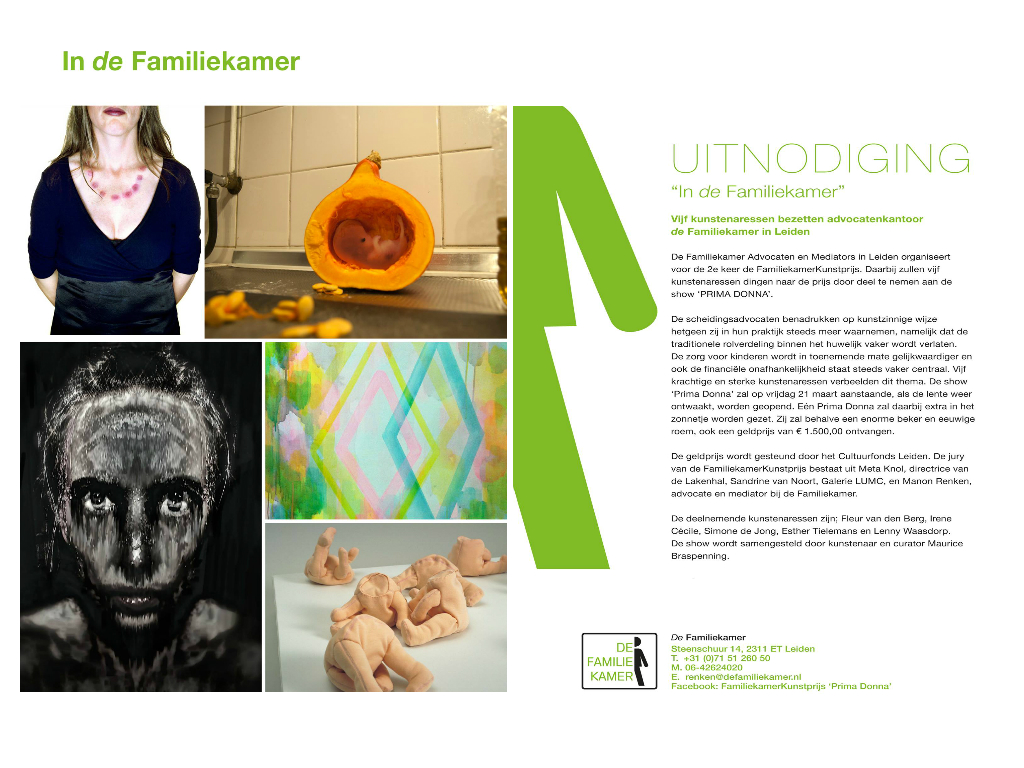 Along with Fleur v.d. Berg, Irene Cecile, Simone de Jong and Esther Tielemans I’m nominated for the Familiekamer Kunstprijs 2014. The award consists of a cash prize of € 1,500, – and a huge trophy and is made ​​available by De Familiekamer and Cultuurfonds Leiden. Maurice Braspenning is the curator of accompanying exhibition PRIMA DONNA. The jury consists of Meta Knol, director of the Lakenhal Museum, Sandrine van Noort, consultant Art Department of the LUMC and Manon Renken, divorce lawyer at the Familiekamer. The opening of PRIMA DONNA is on Friday, March 21 at 17:00, the winner will also be announced. The show runs till April 27.